IN-PREP held its 3rd table-top exercise (TTX) in Kampen, the Netherlands on 10 October 2019. This was the third and final table top exercise of the IN-PREP Project and the TTX was an opportunity for civil protection practitioners to collaborate with other agencies testing their response plans and training using the latest technologies in crisis management.

In the 3rd TTX, participants were faced with a training scenario of a flooding incident in the city of Kampen caused by a considerable downpour in the catchment area of the Rhine. The unexpected rainfall leading to an increased discharge of the river compounded by strengthening winds, putting the city of Kampen at risk of large-scale flooding.

Press Coverage of the 3rd TTX in Kampen, the Netherlands 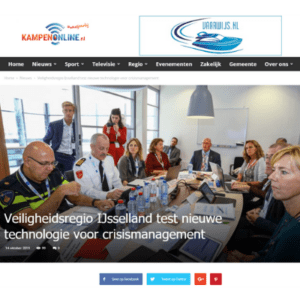 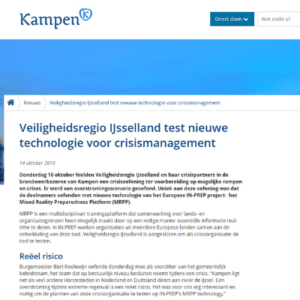 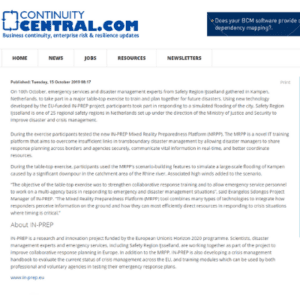